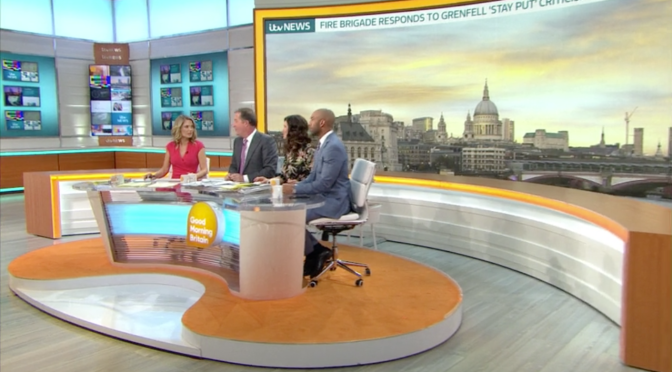 Good Evening Britain will be hosted by GMB anchors Piers Morgan and Susanna Reid and “promises to be a lively 60 minute event” according to Emma Gormley, Managing Director of ITV Studios Daytime.

Announcing the special on Wednesday’s GMB, Piers Morgan proclaimed “June 28 after the third England world cup qualifying game when gazillions of people will be watching ITV.

They have selected, the network, their two biggest stars…”

Airing at 9:15pm, after the TV watershed, the hour-long special will “capture the mood of the nation” following the match as Piers and Susanna are joined by “famous faces” to react to the highs and lows of the match and the other talking points of the day.

Reid pointed out that the evening version of the programme would be going up against Love Island which airs at 9pm on ITV2. The hit reality show began its fifth series on Monday night giving ITV2 its biggest audience ever, beating BBC One’s Suffragettes with Lucy Worsley by over 1.2 million viewers.

Good Evening Britain will air at 9:15pm June 28 on ITV